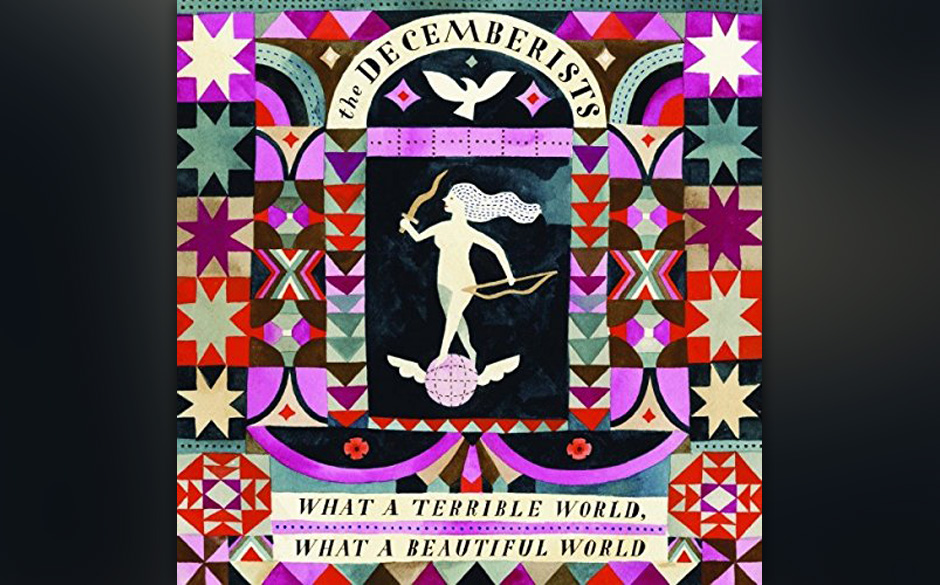 "We know, we know we belong to ya", Colin Meloy sings at the beginning, only accompanied by a delicate acoustic guitar, until a few strings get involved. It sounds mellow and a bit desperate. "We know you threw your arms around us in the hopes we wouldn't change - but we had to change some." The song is called "The Singer Addresses His Audience".

What do you do when the goal is achieved? The Decemberists' last album, The King Is Dead, came out four years ago. It was a kind of liberation from the Portland / Oregon band, who had built an ever bigger sound over the course of ten years - some even spoke of prog rock in view of the opulence. Her fifth work brought her back to the heart of her music, to folk tradition and nature mysticism, the melodies continued to be irresistible. That secured them number one in the US charts - and maybe it was a good thing that Peter Buck played the Rickenbacker guitar on a few songs, because he could tell them a lot about how an indie band can survive sudden global fame without going crazy. The Decemberists took a break for now.

With “What A Terrible World, What A Beautiful World” they just pick up where they left off. Since May 2013 they have been working on the album, not continuously, but every now and then. You believe to hear the serenity: Each song slowly unfolds into a small work of art without drifting into pomposity. After the clarifying prelude, Meloy swings up to become “Cavalry Captain” - a hymn with stormy background vocals, which also carries the eerie “Philomena”.

No, no savings are made here, but the instrumentation is never an end in itself. And what melodies Meloy has come up with again! So charming that you almost overhear how tragic most songs are, whether it's the slow-motion love offer “Carolina Low”, the angry family drama “Better Not Wake The Baby” or “12/17/12” remembered the rampage at Newtown School.

The youthful ignorance of “Lake Song”, the adult disappointment of “Make You Better”: Meloy creates a wondrous world between these poles. It's not just the many water metaphors that R.E.M. conjure up, it is also this vague longing - for a better life or at least a different one. Meloy is an observer of daily horror, but also a romantic. He draws beauty from horror. "And I am hopeful / Should I be hopeful?", He sings at the end, in the conciliatory "A Beginning Song". It doesn't sound like a question.