What is a vacuum in a condenser

In many vacuum processes (drying, distillation) large amounts of steam are released that have to be pumped out. In addition, large quantities of air leak into large containers and the substances that evaporate or are dried give off additional air that is stored in pores or dissolved in liquids.

In drying processes, the steam can in principle be conveyed against atmospheric pressure by a vacuum pump with sufficient water vapor capacity and condense there. However, this method has the following disadvantages:

Distillation processes work with condensers and you want to lose as little as possible of the condensing distillate through the connected vacuum pump.

As an example, we consider a vacuum chamber with dry material, which is supplied with so much energy through heating that 10 kg of water evaporate per hour. 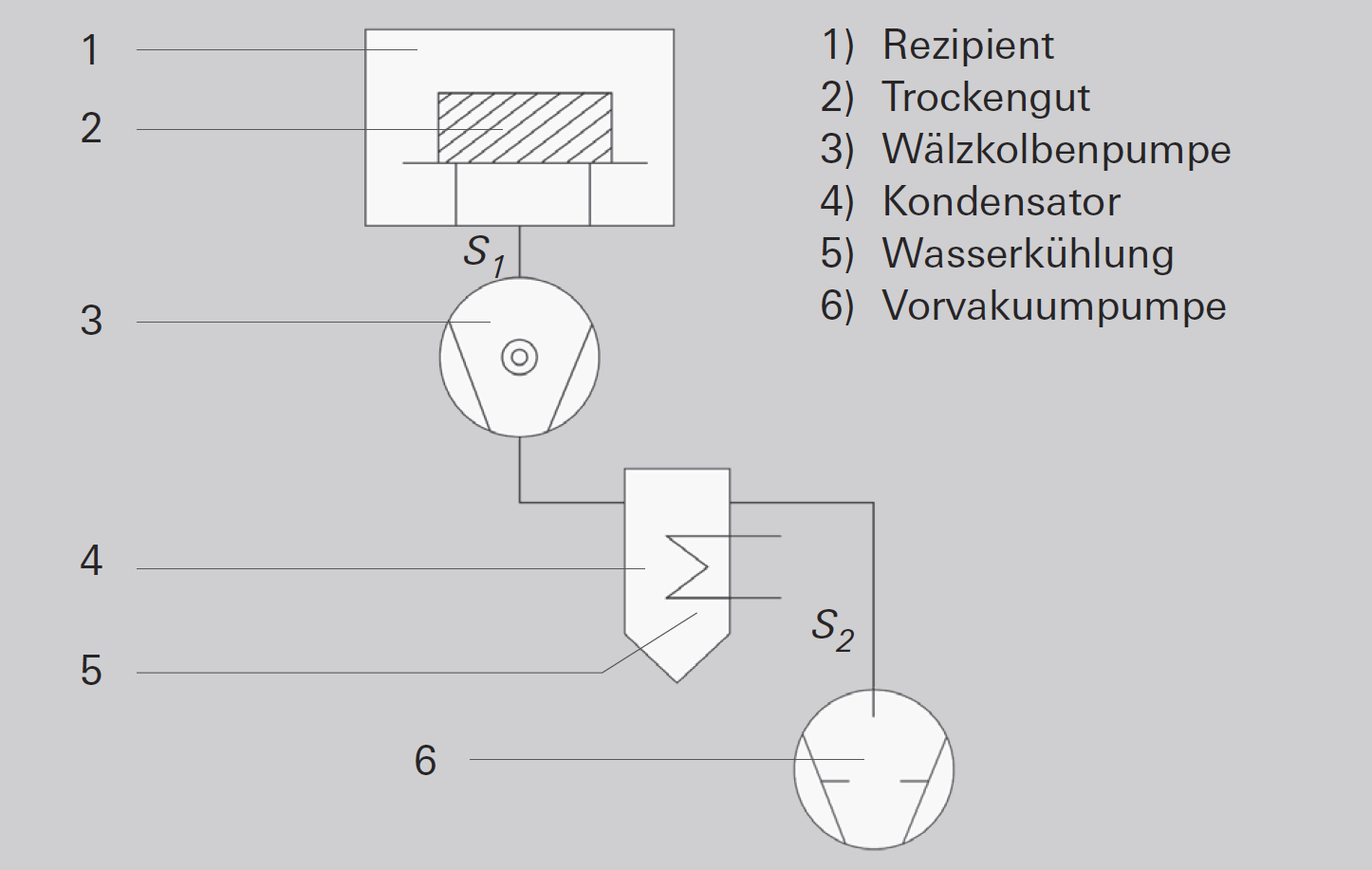 In addition, 0.5 kg of air is released per hour. The pressure in the chamber should be less than 10 hPa. A pumping station as shown in Figure 2.3 is used for drying and the steam can be condensed economically by using a condenser.

The material to be dried (2) is heated in the vacuum chamber (1). The Roots pump (3) pumps the steam-air mixture into the condenser (4), in which a large part of the steam condenses.

The condenser is cooled with water. The condensing water at 25 ° C is in equilibrium with the water vapor pressure of 30 hPa. Another vacuum pump (5) conveys the air content and a small amount of water vapor and expels the mixture against atmospheric pressure. First we calculate the gas flow that emerges from the chamber: $ Q = p_ {Rez} \ cdot S_1 $

With the ideal gas law according to formula 1.15 we get

With the following values

When evacuating the condenser, the partial air pressure should be a maximum of 30%. So a maximum of 12.85 hPa. From this it follows:

We therefore choose a Hepta 100 as the backing pump, which, due to its somewhat lower pumping speed than the calculated value, achieves a slightly higher air partial pressure, and an Okta 2000 as a roller piston pump with the values:

We calculate the condenser for a condensing amount of steam of 10 kg h-1. The following applies to the condensation surface

Formula 2-12: Calculation of the condensation area

With the following values

For further technical details, please refer to the further literature [21].

For the sake of completeness, let's look again at the entire drying process: first, an equilibrium pressure is established in the drying chamber, which results from the amount of water evaporating, caused by the heating of the material to be dried and the pumping speed of the Roots pump.

When pumping out vapors (drying, distillation), the main pumping capacity can be provided by a condenser. Depending on the pressure and temperature conditions, one or two capacitors can be used (Figure 2.4). The condenser between the Roots pump and the backing pump is more effective because the steam flows into the condenser at a higher temperature and pressure and a small backing pump only sucks off part of the steam. During distillation, the loss of condensate can be minimized by regulating the pumping speed of the backing pump.

The theoretical principles set out above are often used for the design of Roots pumping stations. Figure 2.5 shows a vacuum solution to reduce the residual moisture in the paper material used in the production of submarine cables. A pre-condenser (not shown in the picture) condenses the water vapor mainly in the first drying phase at high process pressures. An intermediate condenser protects the downstream BA 501 rotary vane pump and mainly condenses the water vapor in a second drying phase.

Figure 2.6 shows a Roots pumping station used for transformer drying. The intermediate condenser reduces the residual moisture of the material used to such an extent that the water vapor capacity of the downstream BA 501 rotary vane pump is not exceeded. 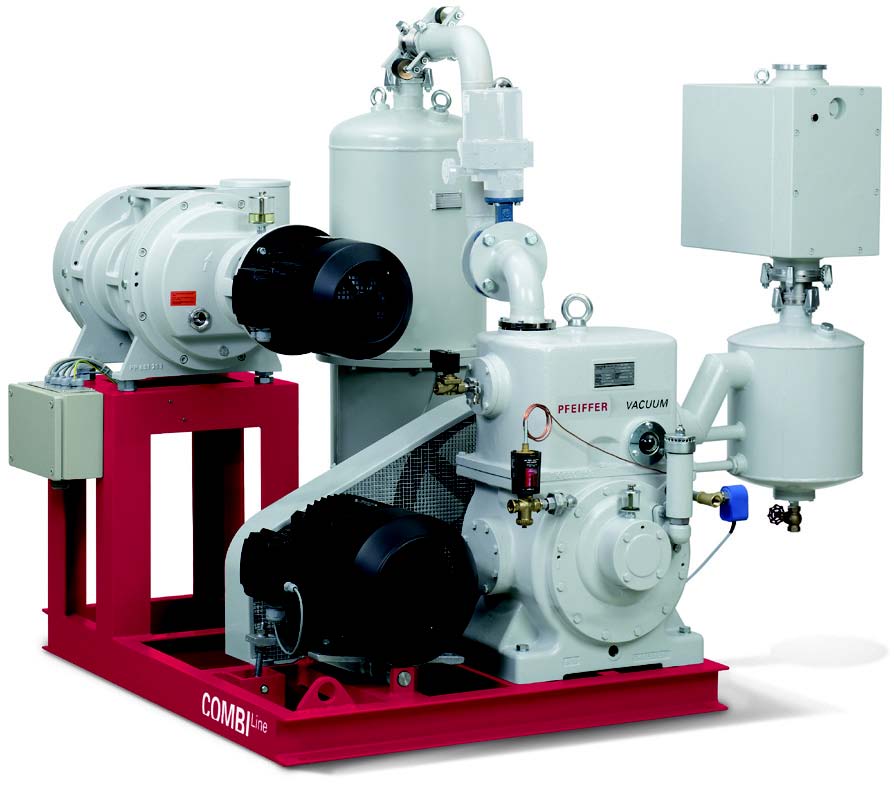