How does Apache Hive

The term "Big Data" is used for collections of large data sets that encompass large volumes, high speed, and a variety of data that is increasing day by day. With the help of traditional data management systems, it is difficult to process big data. Hence, the Apache Software Foundation introduced a framework called Hadoop to solve big data management and processing challenges.

Hadoop is an open source framework for storing and processing big data in a distributed environment. It contains two modules, one is Map Reduce and the other is Hadoop Distributed File System (HDFS).

The Hadoop ecosystem contains various sub-projects (tools), such as Sqoop, Pig, and Hive, that are used to help Hadoop modules.

Note: There are several ways to execute MapReduce operations:

Hive is a data warehouse infrastructure tool for processing structured data in Hadoop. It sits on top of the Hadoop to summarize big data, and makes query and analysis easy.

Initially Hive was developed by Facebook, later the Apache Software Foundation took it up and developed it further as open source under the name Apache Hive. It is used by different companies. For example, Amazon uses Elastic MapReduce in Amazon.

The following component diagram shows the architecture of the Hive: 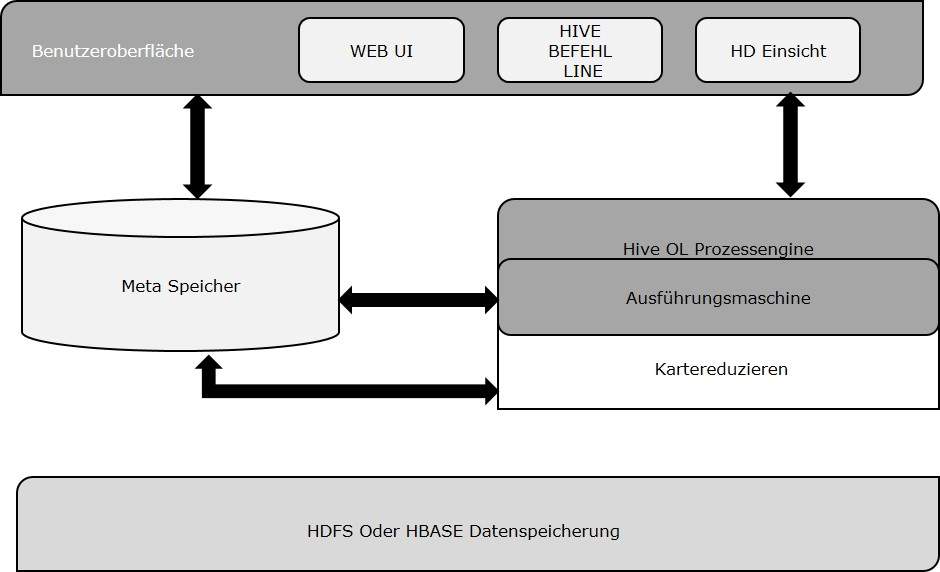 This component diagram contains different units. In the following table the individual units:

The following diagram shows the workflow between Hive and Hadoop. The following table shows how Hive interacts with the Hadoop framework: