Who is Baha Abu al Ata

Israeli forces killed Baha Abu al Ata, a commander of the militant Islamic Jihad Movement in Palestine, in an attack on his house in the Gaza Strip. This was announced by representatives of both sides. The Palestinian militant organization confirmed the deaths of Baha Abu Al Ata and his wife. "Israel has crossed all the red lines," it said in a statement. According to the Gaza Ministry of Health, two people were injured in the explosion. The Israeli military said Prime Minister Benjamin Netanyahu approved the operation.

Also attacks on targets in Damascus

Abu al Ata had been the leader of the Al-Kuds Brigades, the armed arm of Islamic Jihad in the Gaza Strip. According to the army, the domestic secret service Shin Bet was also involved in the Israeli action against him. Over the past few days, Abu al Ata has pushed ahead with preparations for "imminent" terrorist attacks on Israeli civilians and soldiers. Among other things, he trained "terror squads" to penetrate Israel. The operation served to avert "an impending danger". 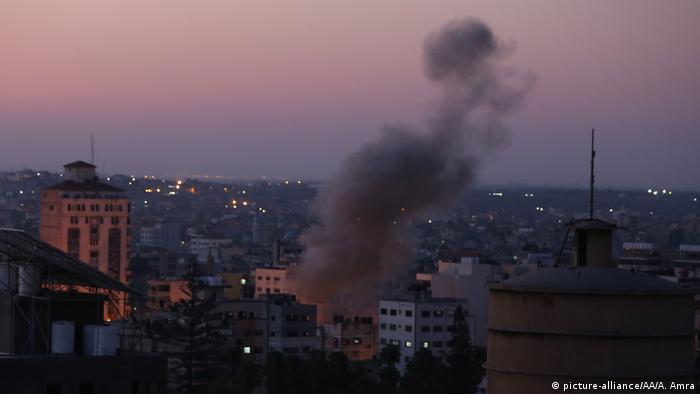 Attack on the house of Abu al Ata near Gaza City

Syria's state news agency SANA reported that there had also been an Israeli rocket attack on a residential building in the capital Damascus. Another commander of Islamic Jihad, known as Akram al Ajouri, lives there. Two people were killed. Whether Akram al Ajouri is among the victims has not yet been confirmed. SANA also reported two other rocket attacks by Israel on the greater Damascus area. Six people died in the process.

The response of Palestinian militants to the attacks is massive rocket bombardment of numerous localities from the south to the center of Israel. The sirens also wailed in Tel Aviv. According to the Israeli army, around 190 rockets have been fired at Israel since the morning hours. According to paramedics, an eight-year-old Israeli girl is in mortal danger after a rocket attack. It lost consciousness after warning sirens wailed in Cholon, south of Tel Aviv, a statement said. Paramedics resuscitated the girl and took her to a hospital. 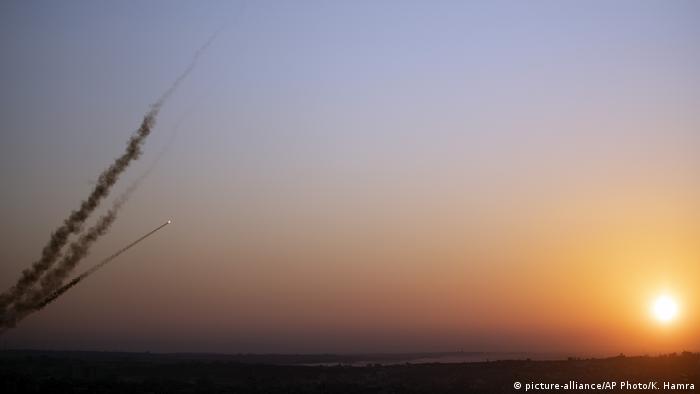 The Palestinians' response: missiles on their way to Israel

Meanwhile, another air strike by the Israeli army on the Gaza Strip is reported. At least one militant Palestinian died. According to the military, two Islamic Jihad activists were riding a motorcycle in the northern Gaza Strip. They had prepared a rocket attack on Israel. As a result, they were attacked and hit by an Israeli fighter jet. The Palestinian Ministry of Health in Gaza announced that a total of seven people had been killed and several others were injured. The Palestinian media reported further strikes against military targets in the Gaza Strip.