Why are invisible Asperger's being bullied

Different from the others: Asperger's Syndrome

What is it like to live in a world full of misunderstandings? To be considered cool and aloof? Not being able to understand the words of other people or to be able to interpret them correctly? Having interests that hardly anyone else shares with you?

Asperger's autistic people could certainly give us many answers to these questions. Because the world described is often their own.

"Aspis", as they are affectionately known over and over again, suffer from an autistic personality disorder. How many people are affected worldwide has unfortunately never been clarified, as many of those affected are never diagnosed or only diagnosed in late adulthood. According to a study conducted in Europe, Canada, and the United States, the syndrome affects about one to three in 1,000 people.

How does Asperger's Syndrome manifest itself?

But let's start from the beginning: What exactly is Asperger's Syndrome and how does it show up in everyday life? This is a so-called autism spectrum disorder (ASD), which manifests itself in the form of a profound personality or developmental disorder.

It was first discovered in 1944 by the pediatrician Hans Asperger, who found considerable deficits in their social interactions in a large number of his young patients between the ages of three and five.

Asperger's is a good example of a diagnosis that is practically invisible to the outside world. Whether adult or child, at first glance they seem completely normal. Only when you interact or communicate with them or deal with them more closely do you realize that something is different.

As the word “spectrum” suggests, there is no such thing as a person with Asperger's autism, because the symptoms are extremely diverse and sometimes stronger, sometimes weaker. But they all have one thing in common. You have severe deficits in the areas of communication, interaction and understanding.

When you talk to someone with Asperger's autism, you often first notice that he is speaking very monotonously and somehow emotionless, even if the subject is very moving. His vocabulary, on the other hand, is very large and you come across phrases that you haven't heard for a long time. It almost sounds a little arrogant or old-fashioned.

He has difficulties reading the mood of his counterpart using facial expressions and gestures and interpreting them correctly. He is also confused by ambiguities, proverbs, irony or sarcasm. He finds empathy or compassion towards others difficult, which unfortunately makes him an outsider far too often.

The so-called "Theory of Mind" (TOM) is usually something that children learn from around the age of three and often show it much earlier. The TOM describes the ability to empathize with the thoughts of others.

An example may make that clear. A woman shows a cookie jar to a little boy of four years. Instead of biscuits, there are colored pencils in the tin, which triggers a mixture of disappointment and surprise in the boy. If the woman then asks the boy what another child would suspect in the can if they were led into the room now, the boy would say: "Cookies, that's clear!"

However, an Asperger's child would say colored pencils because they cannot put themselves in the mind of others.

Many people affected also report that they perceive colors, smells and sounds much more intensely than is the case with "normal" people. A visit to the supermarket quickly turns into a gauntlet run.

A strictly regulated daily routine with rituals and routines creates security and satisfaction. Changes, on the other hand, are a horror to them and cause tantrums.

Special hobbies are also something that distinguishes Asperger's. Most of those affected have a very specific topic that inspires and captivates them and that they can deal with for hours, days or even weeks. Memorizing timetables, the periodic table or lexicons are just a few examples. 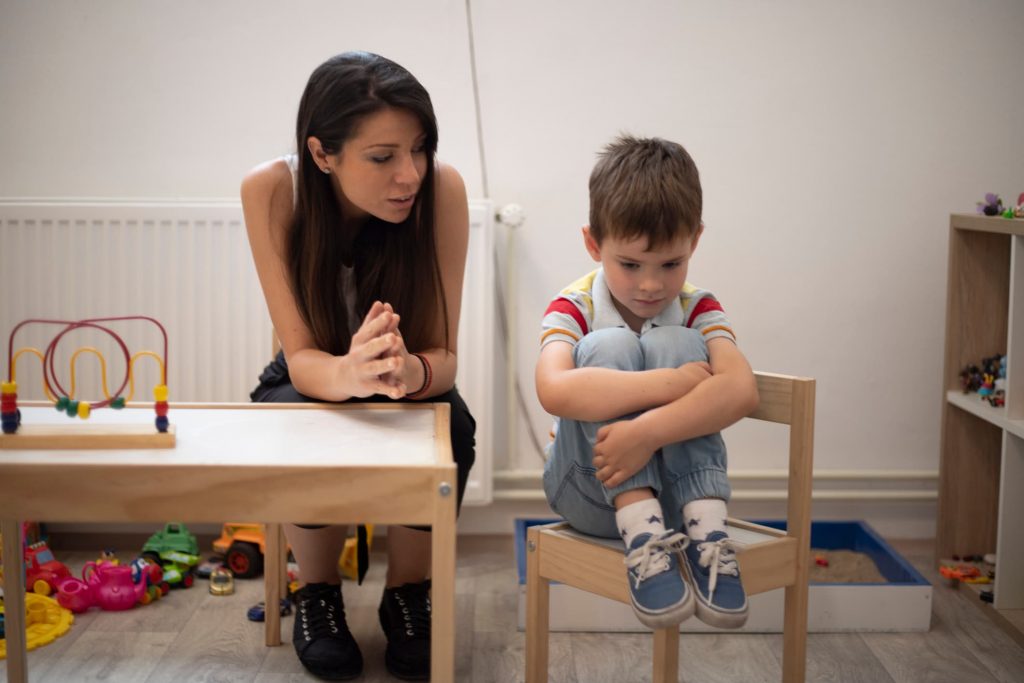 How do you know you have Asperger's Syndrome?

As already described, it can sometimes take a long time to get a diagnosis. He may have been bullying, marginalized and feeling different for many years.

During their diagnosis, specialists pay attention to development-related abnormalities on the one hand, but on the other hand they also perform physical and neurological examinations. In addition, so-called “screening questionnaires” provide valuable help for social communication and reactivity. A diagnostic interview is also carried out with adults.

If Asperger's is diagnosed in childhood, those affected will be spared a lot of suffering, as therapeutic interventions can be made at an early stage. But behavioral therapies can also work wonders for adults and ensure that everyday life consists of fewer misunderstandings and that one learns to better understand the “other” world. In group therapy they learn how to behave in conversational situations, how to deal with conflicts, how to cultivate friendships and how to deal with overstimulation.

In special autism centers, those affected can exchange ideas and learn the necessary skills for certain situations. “Practice makes perfect,” it is important to internalize.

Children are often supported by an integration assistant at school and special arrangements for school breaks or other hectic situations can be agreed with an autism officer. But the same applies here: Education is everything. The children have to learn to understand why their classmate has a special role and why they are allowed to stay in the classroom during the break while they have to go to the school yard in all weathers.

What is the best way to help Asperger's autism?

Those affected will certainly be helped most if society accepts them for who they are. If they are not marginalized or bullied because they behave differently than "normal" people in certain situations. Because tolerance and openness often help more than the best therapies.