Why did Jesus live in India

Jesus in India Was Jesus in India and what influence does Jesus have in India today? And how were the teachings of Jesus spread in India? There are three questions I want to address briefly. 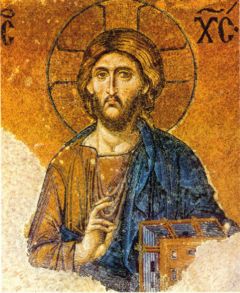 Jesus in India - explained from the yoga point of view

Did Jesus Live in India?

There is the theory that Jesus was in India between the ages of 12 and 30. We find the report that Jesus was born, then the parents of Jesus then fled with Jesus from Bethlehem to Egypt, had to be there for a while. Then you learn that Jesus grew up in Nazareth. We learn that when he was twelve he discussed with the scribes in the temple. But after that you actually learn little until he is in the desert and asked for God's guidance and fasted for 42 days.

Where was Jesus between 12 and 30 years old?

And we already find the theory in antiquity that Jesus then went on a journey, that he might have been to Persia, maybe India, maybe Tibet. And so there are theories that Jesus had spent a few years in India, that he became a vegetarian there, that he had meditated a lot, that he might also have lived in a Buddhist monastery and that this is how he prepared himself for his mission in Palestine.

Evidence that Jesus was in India

Evidence is difficult. Ultimately, there is so little that can be proven about the life of Jesus. It can be said that there were probably some Buddhist missionaries in Mesopotamia and Egypt and Arabia, and it can also be assumed that religious people came to India from the Mediterranean region. And there are also legends about how people from the Mediterranean came to India, learned to come back there.

Was Jesus in India?

We do not know it. And even if, as a yoga practitioner, I would like to say to you “Yes, Jesus was in India”, and even if Swami Sivananda describes this as a possibility in his book - it cannot be proven. Sometimes there is even the question: Did Jesus die in India or in Tibet or Kashmir? In Kashmir there is even a tomb of Jesus and also of Mary. But the same applies here: we certainly don't know. And it is more likely that Jesus died on the cross in Palestine, that he rose again from the cross, was with his disciples for a while, and then ascended to heaven. So, was Jesus in India? We do not know it. And probably it is unlikely.

What influence did Jesus have in India?

Later, around 1500, there were the Portuguese who had colonies in India, which were initially small ports, for example Goa. Then came the Dutch, then came the French, and then finally the English, and so Jesus became more and more popular in India. The Indians have not become Christians in large numbers now, but the teachings of Jesus Christ have had some effect. In particular, because the English have almost forced the educated classes to go to mission schools in order to be accepted into the higher administrative service and also to benefit from Western education, the entire Indian intelligentsia is from the end of the 19th century to the middle of the 20th century become familiar with Christian teachings.

And yoga masters like Swami Vivekananda, Swami Sivananda, Mahatma Gandhi, knew the teaching of Jesus, especially they loved the Sermon on the Mount. And presumably the teaching of Jesus became particularly well known in India in the form of the Sermon on the Mount. And the teachings of Jesus have also shaped the teachings of modern yoga in the sense of loving enemies, in the sense of letting go, in the sense of renouncing everything, and ultimately forgiveness. And so Jesus in India, although there are not that many Christians, has a greater meaning than many people are aware of, in part also than the Indians are aware of.

Incidentally, one name is Sukadev from Yoga Vidya.

Here you can find a video on the topic Jesus in India :

Here is the audio track of the video above Jesus in India :

Other interesting lectures and articles on the topic

If you are interested in Jesus in India, then you may also be interested in otherworldly contacts, Jacobson muscle relaxation, invocation, now, Jewish Bible, low-calorie diet.