A special experiment in space starts at the end of March: one twin lives in space for a year, the other stays on earth. Then the US space agency NASA compares their state of health. NASA wants to clarify in detail what dangers the human body would have to contend with on the journey to Mars. 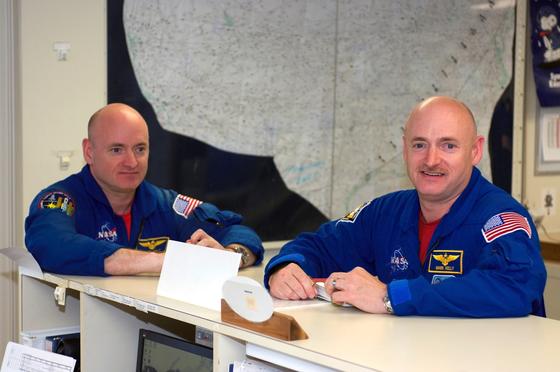 NASA astronaut Scott Kelly (left) flies to the ISS for a year, his twin brother Mark stays on Earth. The two twins are genetically almost identical, so that NASA wants to research what influence the stay in space has on the human body in detail.

On March 27, the time has come: Scott Kelly flies from the Baikonur spaceport in Kazakhstan to the International Space Station ISS. The US astronaut is supposed to hold out for a whole year on the outpost of humanity. The highlight: Scott's twin brother Mark, also formerly an astronaut, is meanwhile sitting comfortably on the ground.

NASA now has a unique opportunity: The 51-year-old brothers have almost identical genetic makeup and comparable physical conditions, but live for a year in environments that could hardly be more different. 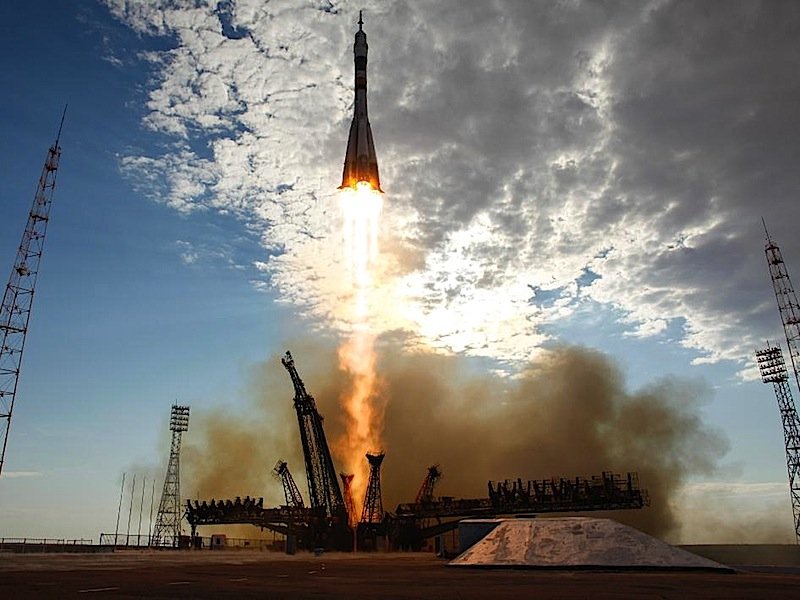 On March 27, Scott Kelly will take off for the ISS from the Baikonur spaceport in Kazakhstan. He will be a guest on the International Space Station for one year.

By comparing the medical data at the end of the year, it is then possible to explain more precisely what effects a long-term stay in space has on the body. In theory at least. "What we are learning here is a bit anecdotal, but it will give us a feeling for which areas we need to research more closely," the dpa news agency quoted Scott Kelly.

How much meight to create the universe for the body?

As soon as Scott Kelly is on solid ground again, the detailed check-up begins: the doctors examine in direct comparison with Mark what effects the stay had on his body. How severe is muscle and bone loss? Have the eyes and the immune system weakened? What consequences did different intracranial pressure have on the brain, on perception and logical thinking? 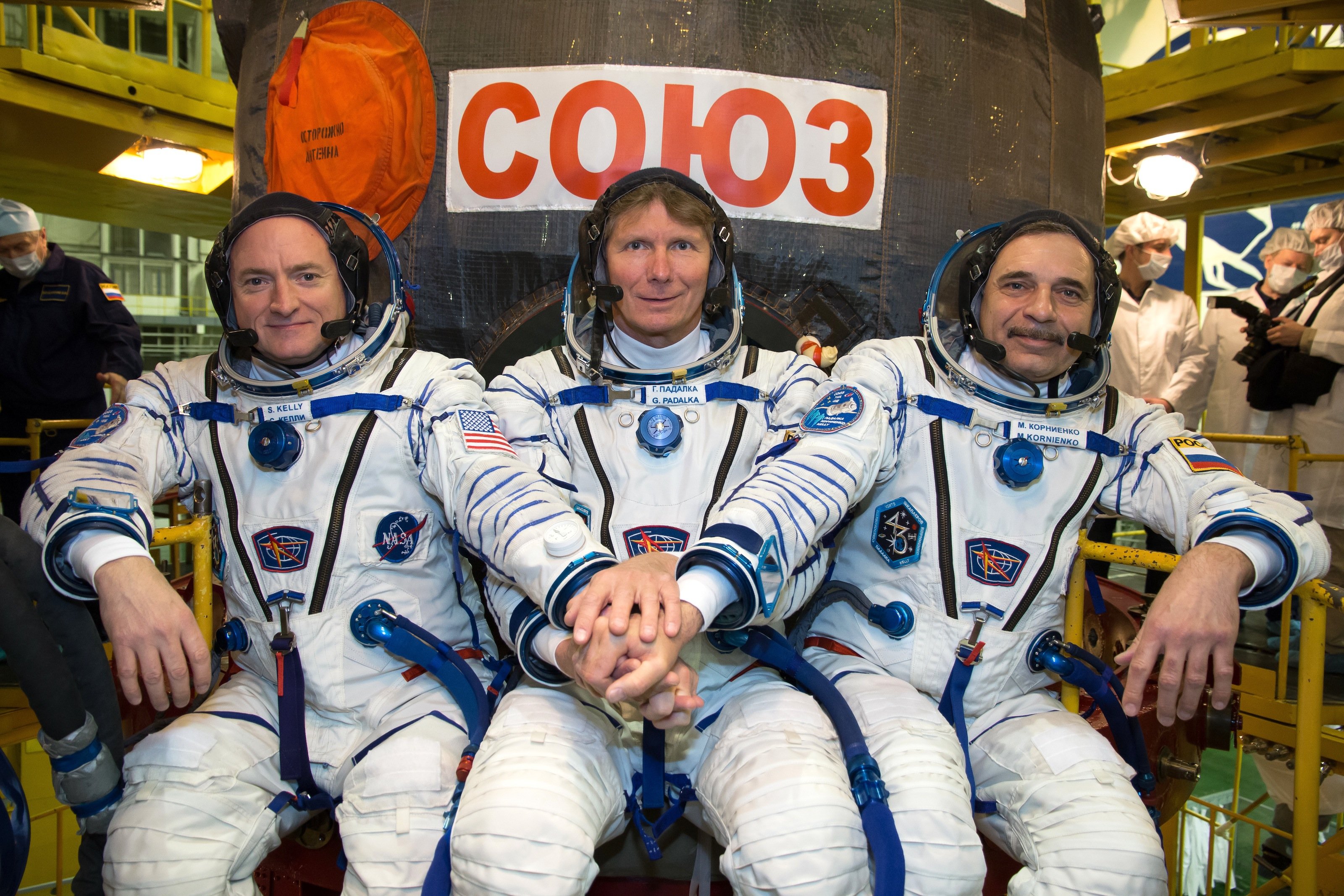 Trying on the spacesuits: The astronauts of Expedition 43 to the ISS have taken their seats in front of the Soyuz capsule, which is being technically checked again for the flight to the International Space Station in the space center in Baikonur. From left: NASA astronaut Scott Kelly and the Russian cosmonauts Genadi Padalka and Michail Kornienko.

The researchers also take a close look at the DNA. They are investigating whether the genetic material has aged faster and whether there have been changes due to cosmic rays that could lead to cancer. Last but not least, they are interested in the effects of stress and different foods on the bacteria in the digestive tract.

Flight to Mars is a top priority for NASA

The findings are intended to help NASA move a little closer to the manned mission to Mars. It's a top priority for the US space agency through 2030. "We will use every minute of our time and every dollar of our budget for it," announced NASA boss Charles Bolden two years ago at the US conference "People on Mars". "The interest in a Mars mission has never been greater". The flight to the Red Planet would take between 500 and 600 days. 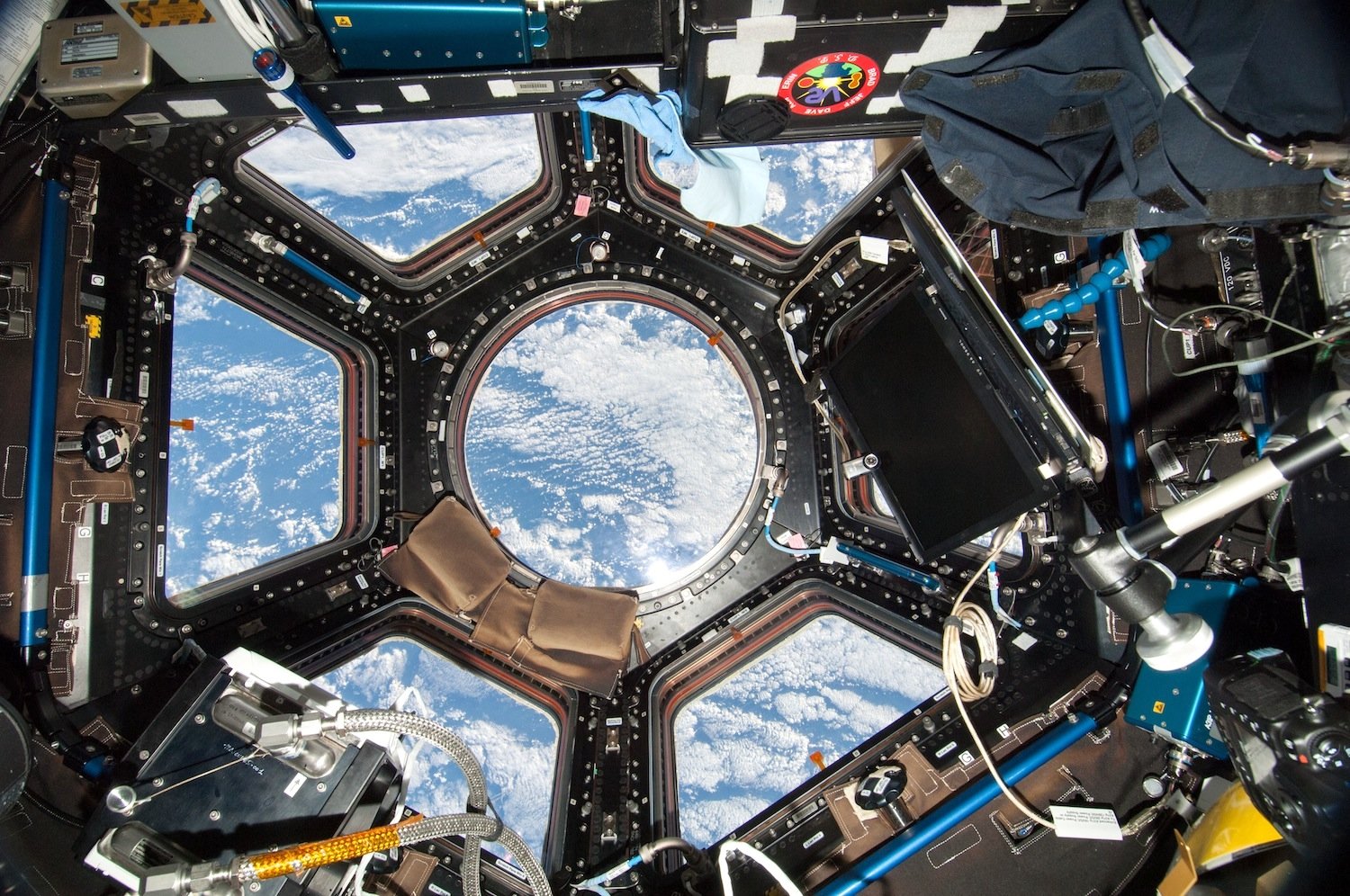 Interior of the ISS: Will cosmic rays change the outcome of Scott Kelly within a year? How will the changed cranial pressure affect logical thinking?

Mars is not only fascinating for NASA. Mars One also has big eyes. The private Dutch foundation wants to build a colony on the Red Planet with volunteers. Among the applicants for the mission is the 26-year-old German Marc André, who was promoting himself in an application video: “I really want to go to Mars for the rest of my life. I know a lot about the planet and would like to experience something and have fun together with others. "