Antioxidants can also be harmful

Seven years ago, David Gems' life was completely out of joint. This was due to a few worms that, against all odds, lived on when they should have died. Gems, Associate Director at University College London's Institute of Healthy Aging, regularly conducts experiments with roundworms. The animals belong to the species Caenorhabditis elegans, where many researchers study aging processes. Gems tested the hypothesis that living things age mainly because their cells accumulate damage caused by oxidation. Oxidation occurs when reactive atoms or molecules, such as free radicals, withdraw electrons from other molecules. Gems assumed that unbridled oxidation processes would damage more and more lipids, proteins, DNA segments and other cell components over time, which would increasingly affect the functions of tissues, organs and ultimately the whole body.

The researcher modified the genome of roundworms so that the animals could no longer produce certain molecules - namely enzymes that act as natural antioxidants by inactivating free radicals. In the absence of these enzymes, the concentration of free radicals increases sharply, which results in significantly increased oxidative stress. The nematodes manipulated in this way should therefore have died earlier. However, that did not happen: they lived just as long as normal worms. Gems was stunned. "I said to myself it just can't be true," he recalls, "apparently something went wrong with the experiment." He asked a colleague to review the results and repeat the experiment. The result was the same: the genetically modified worms died no earlier than their normal conspecifics - despite more pronounced cell and tissue damage caused by oxidation. 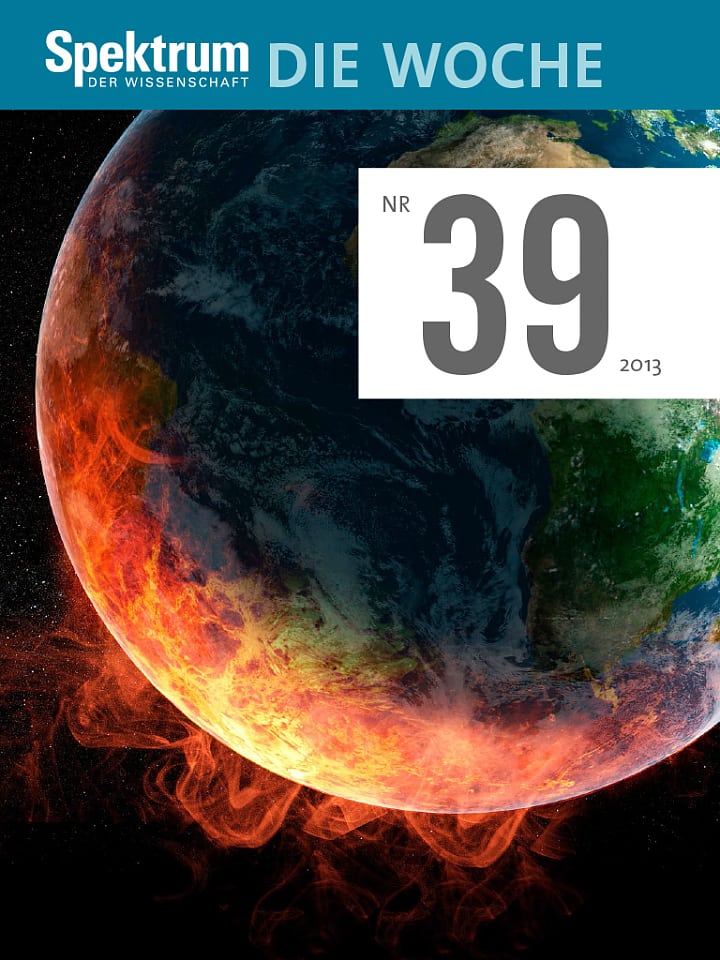 Similar results are now available from other research groups and experimental animal species. Arlan Richardson, director of the Barshop Institute for Longevity and Aging Studies at the University of Texas at San Antonio, produced 18 different strains of mice, some of which produced increased antioxidant enzymes, while others decreased. If oxidative damage were really a major cause of aging, mice with more antioxidant enzymes would have to live longer than those that lack them. "But when I compared the survival curves of the different strains, I didn't find the slightest difference," says Richardson.

Physiologist Rochelle Buffenstein also works at the University of Texas. For eleven years she has been trying to find out why the longest-lived rodent, the naked mole rat, can live up to 30 years and thus live about eight times as long as a mouse of roughly the same size. Buffenstein's experiments showed that nude mole rats have fewer natural antioxidants than mice and, early in their lives, accumulate more oxidative damage in tissue than other rodents. Nevertheless, they reach their comparatively very old age and almost never get sick.

For those who argue that aging is based on oxidative cell and tissue damage, such reports border on heresy. But they are increasing. Over the past decade, researchers have conducted numerous experiments to prove that oxidative stress drives the aging process. To their surprise, many observed the opposite. It seems that reactive atoms and molecules in certain quantities and under certain circumstances are by no means dangerous, but rather promote health by activating the body's own protective mechanisms. If so, it is not only necessary to rethink strategies against aging. The question then arises as to whether it makes sense to take antioxidant vitamins in high doses as dietary supplements. Obviously, aging is a more complicated process than researchers previously thought. Apparently, the idea of ​​what it means at the molecular level needs to be fundamentally revised.

The thesis that aging is based on an accumulation of damage caused by oxidation goes back to the American biogerontologist Denham Harman. It is said that his wife referred him to an article in the women's magazine "Ladies’ Home Journal "in 1945. This dealt with possible causes of aging. Harman read the post and was intrigued. The then 29-year-old worked as a chemist in the development department of the mineral oil company Shell and initially did not have much time to think about the subject. But he later studied medicine, completed a medical degree and took a position as a research assistant at the University of California, Berkeley. There he began to take a serious look at aging research. One morning in the office he had an inspiration, "almost out of the blue", as he recalled in an interview in 2003: it is free radicals that drive the aging process.