Bitcoin: gold of the future or a fat speculative bubble?

The month-long rally in Bitcoin prices has sparked the interest of institutional investors and fueled speculation that the digital currency could one day replace gold as a "safe haven" worldwide. However, recent volatility has rekindled the skeptics who have long predicted the Bitcoin bubble is about to burst.

Bitcoin hit a new record high of $ 58,000 a week ago. By Friday morning, the rate then fell below $ 45,000 - a drop of 25 percent on a weekly basis. The price decline followed a weekend when Tesla boss and newest Bitcoin fan Elon Musk responded to the seemingly unstoppable rally with a tweet sharing his concerns that the cryptocurrency might be overvalued.

In any case, the excitement was enough to call on critics such as US Treasury Secretary Janet Yellen and multibillionaire and Microsoft co-founder Bill Gates. "If you have less money than Elon, I think you should probably be careful," Gates told financial news agency Bloomberg.

Due to the recent capricious prices, skeptics and fans alike feel that their predictions have been confirmed. So are Bitcoin and Co. the gold of the future or just the vehicle for a gigantic speculative bubble? What does the past say about the future of cryptocurrency?

Gold is still number one

Bitcoin and gold "are not comparable", or only in the sense that they are both means of exchange, says Bernd-Stefan Grewe, Professor of History Didactics at the University of Tübingen. Grewe is a gold expert and author of the book "Gold: Eine Weltgeschichte".

Gold is accepted around the globe and can easily be exchanged for the local currency, regardless of where you are, Grewe told DW.

This is not the case with Bitcoin, he says. For the digital coin, you have to find someone who can exchange it for the local currency. The main problem, and the point at which it becomes risky, is the question of what rate the Bitcoin will be converted to.

"For example, when things get tight and I want to quickly exchange bitcoins for another currency. If the rate then falls, who guarantees me that I can exchange it at the price at which I wanted to sell it?" asks Grewe. In addition, converting bitcoins into cash could take days, he added.

The so-called points of transaction, So the "places" where transactions are processed play a central role when it comes to how successful Bitcoin will be in the future. A large part of the hype about Bitcoin stems from the fact that trading and exchanging the cryptocurrency are largely anonymous. Every Bitcoin exchange is publicly recorded on the blockchain ledger, in a kind of digital cash book that secures every transaction. The identities behind the digital wallets that walletsBitcoins, into which Bitcoins are deposited or spent, are anonymous - a property that is particularly attractive to criminals. 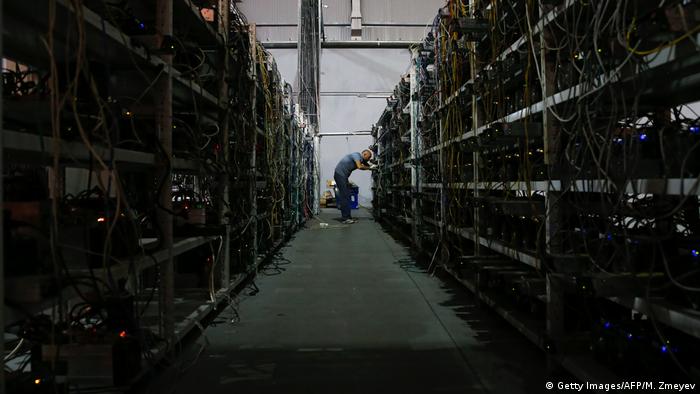 The risk for criminals must increase

Even so, authorities can still collect information at these transaction points. "The original idea behind Bitcoin was that you couldn't trace transactions and that you had an alternative currency that was free from the influence of central banks. That was maybe a bit naive," says Grewe. "Of course it is in the vital interest of our entire economic system to exercise control at certain points and to monitor the money supply. And I believe that this control must take place at the point where bitcoins are converted into traditional money."

With the increasing public interest and acceptance of Bitcoins, the interest of lawyers and supervisory authorities will probably also be aroused more strongly.

"As soon as the Bitcoin leaves its system and is fed into other economic cycles, there comes a point at which the risk for criminals increases," says Grewe. "State institutions will certainly keep an eye on it - at least I hope so."

That could also scratch the reputation of Bitcoin, which inflation cannot harm it. "If the belief in convertibility is lost, then that too will collapse," believes Grewe. "As with any other currency, there will be enormous inflation." 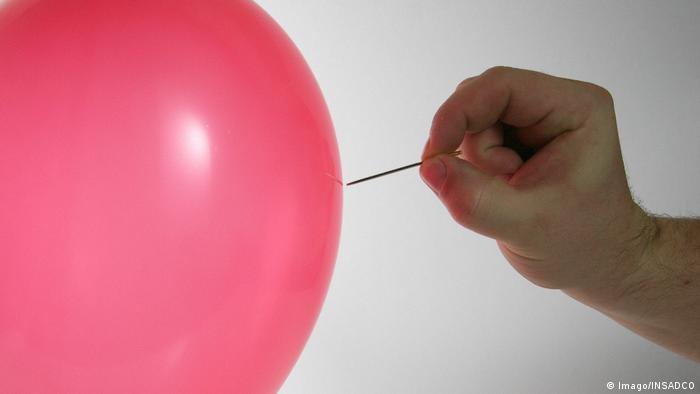 Bubbles of the past

So much for the gold theory. But what about the feared speculative bubble? Have there been bubbles in the past similar to what we see in Bitcoin?

"The short answer is no," says Will Quinn, senior lecturer in finance at Queen's University Belfast in Northern Ireland. Quinn is co-author of the non-fiction book "Boom and Bust: A Global History of Financial Bubbles," an investigation into historical speculative bubbles, which was published in August 2020.

"Bitcoin shows elements of earlier speculative bubbles," he told DW. "Nevertheless, it is fundamentally new and different." But he sees similarities when looking at the Mississippi speculative bubble of 1720, "a large-scale monetary experiment that never quite worked," says Quinn.

Scottish economist John Law's idea was a "very, very conscious part of a plan to introduce paper money to buy securities, which was first carried out then," Quinn explains. "If you go back and examine the books of accounts, you just can't avoid the conclusion that the prices were way too high back then."

The Bitcoin is also similar to the Mississippi Bubble because of the emergence of Tether, a digital currency used to buy Bitcoin. Tethers can be bought with normal money through trading platforms. Their value is supposedly pegged one-to-one to the US dollar, which is supposed to ensure their stability.

Or is it just a snowball system?

Last Tuesday, the authorities of the US state of New York announced that two large companies that handle the tether trade are no longer allowed to do so. Previously, an investigation had found that they had "lied" about financial losses and insufficient cash reserves in order to mask the real risk for investors who wanted to buy bitcoins.

The long-term effects for Bitcoin cannot yet be foreseen. But when looking at the high proportion of Bitcoins that are bought with the transaction vehicle Tether, critics see the reports of the fraud case as the beginning of the end.

The Bitcoin system is designed so that early Bitcoin miners are generously paid off with funds invested by later investors, explains Will Quinn. That is the main feature of a snowball system. Another similarity is that early adopters are aggressively recruiting new users. Quinn adds that it is something like a refined version of a snowball system: there is no central operator who can siphon off the money. 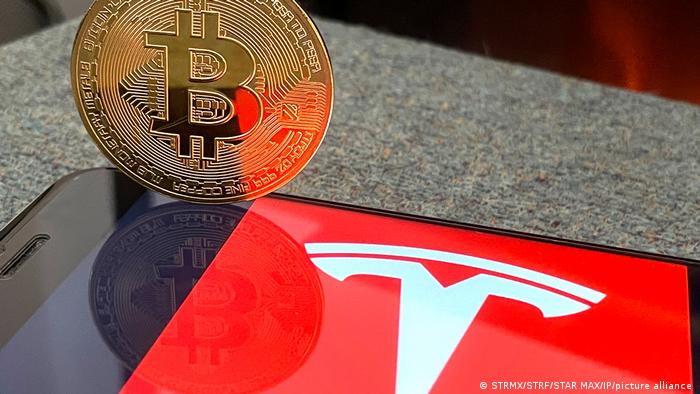 Will we all rely on bitcoins in the future, like the US electric car manufacturer Tesla?

So do you prefer to stay away?

When it comes to looking to the future, neither Quinn nor Grewe believe that everyone will trade bitcoins at some point. "Personally, I have been expecting the bubble to burst for three years," says Grewe. For Quinn, among other things, the transaction limit for Bitcoin is a major obstacle to its acceptance. With Bitcoins, far fewer transactions can be processed per second than the Visa credit card company, for example.

And because there is no one in charge of Bitcoin, there is no way to implement changes, he says. "Its control structure is designed so that nothing is changed. I think you can call it a bubble at this point," concludes Quinn. Until recently, the financial expert refused to speak of a bubble because there are still relatively few Bitcoins trading. "But there is now a lot of interest from resellers," he says. "It just looks like a bubble to me."

Adaptation from the English by Thomas Kohlmann.