How can you be a good Samaritan

Good Samaritan: We judge others wrongly & too quickly

You are probably familiar with the biblical parable of the good Samaritan in Luke 10. The short form reads: “A man wanders from Jerusalem to Jericho, is attacked and lies wounded by the roadside. Two men pass by one after the other, a priest and a Levite, both see him, but continue walking. Then a third man appears, a Samaritan. He has mercy on the victim, anoints his wounds, bandages them, takes him to a hostel, takes care of him for a day and even gives the hostel father money so that he can continue to care for the victim. Then he travels on. "

The moral of the story is so obvious that we don't need to repeat it here. Pretty much everyone judges the first two passers-by as "hypocritical" and "heartless". In the parable this is intended. In reality this also happens - with different omens. But is our judgment also correct? 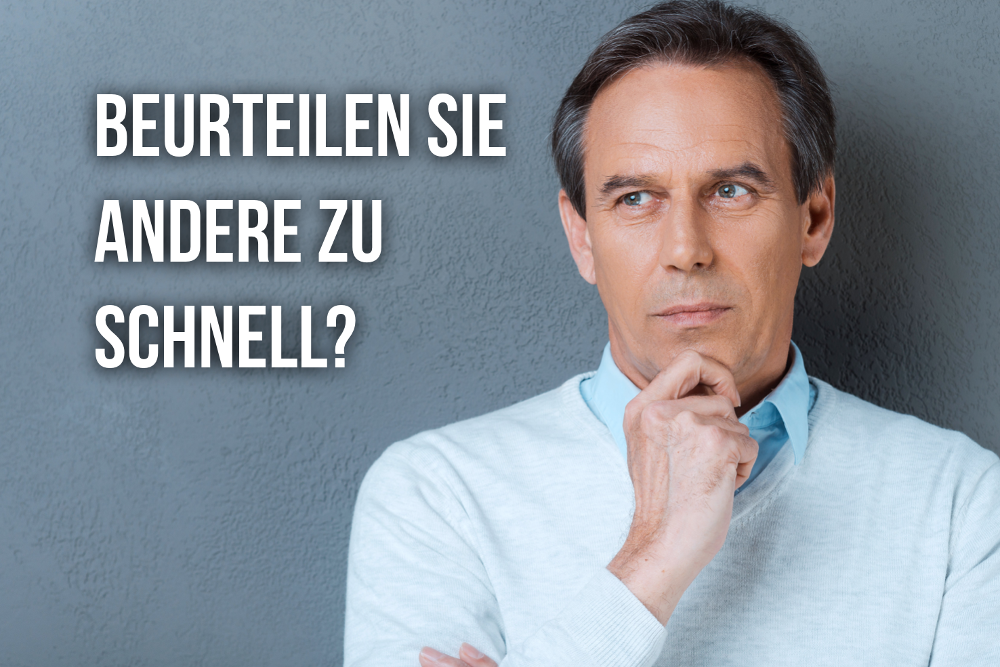 Why we often misjudge people

No, say scientists: if you don't help, you could be in a big hurry. The two psychologists John Darley and Daniel Batson have recreated the parable in a more modern constellation and completed their own little Samaritan test with 40 theology students at Princeton University. It all went like this:

Allegedly, the subjects were invited to a survey in order to find out something about the quality of the theological education. In one room, the scientists talked a little with the students - half were asked about their career plans, with the other half the scientists “happened” to talk about the parable of the Good Samaritan. After that, they should fill out a short questionnaire and take it to another office on campus. Now the actual test followed. This time the subjects were divided into three groups:

As you can see, the students were put under time pressure, but with three different nuances. However, the way to the said office was prepared. There was a man lying in the hallway, battered, coughing, snorting, his eyes already closed. So obviously someone who might need help. Now you can guess for yourself how the individual test subjects behaved ... Well?

Okay, here comes the answer: of all the students, amazingly only 40 percent stopped to find out about the man's condition and whether he needed help. Some even stepped over the man and were loudly annoyed that he was blocking their way. As expected, the time pressure that had previously built up had an enormous influence on the willingness of the students to help:

It should come as no surprise that the previous banter was also reflected in the consciences of the students. Of those who initially talked about their career plans, only just under one in three (29 percent) offered their help. Those who still had the Samaritan parable in their head stopped in 53 percent of the cases (which, conversely, means that almost every second person still passed the man without doing anything).

Are we judging others too quickly?

Certainly, all of this remains a failure to provide assistance, morally reprehensible ruthlessness in the face of obvious need. No hurry, however great, justifies not helping another person! But that is an ethical question, not a scientific one. It teaches us something else:

A memorable story of hasty judgments

A mother rides the subway with her son. The son runs through the train, completely disturbed. He appears hyperactive, is aggressive, harasses fellow travelers, harassed them. People react more and more annoyed and irritable, shake their heads, roll their eyes, start to moan.

At some point a man takes heart and speaks to the mother: “Why do you allow your child to behave like that? Don't see that you are bothering others with it! "The mother replies:" I'm sorry. But we are coming from the hospital where my boy's father has just died as a result of an accident. Unfortunately, I don't know how to deal with it, and I'm afraid my son doesn't know either. "

One sentence - a completely different world. A moment ago you probably thought, too, that this story is about discipline or good nursery. You may even have resented the inconsiderate mother, her laissez-faire upbringing, and her boy. But with your explanation everything appears in a different light, you look at the situation and the mother from a different perspective.

Others have read these articles about it