How do linguists reconstruct extinct languages

Can you find out what a language that has disappeared once sounded like?

Approximately 7,000 different languages ​​are currently spoken in the world. It is estimated that two of them die out with their last speaker every month. A multitude of languages ​​have already disappeared - often without leaving the slightest material trace.

To bring these phantoms back to life, linguists use various methods. Some of the lost languages ​​have developed a script that we can decipher today. But understanding its content does not necessarily mean knowing how the language sounded. For this we need historical documents that describe their phonetics - the linguistic sounds. However, we only learn something from this about the period in question, because the spoken language develops quickly. 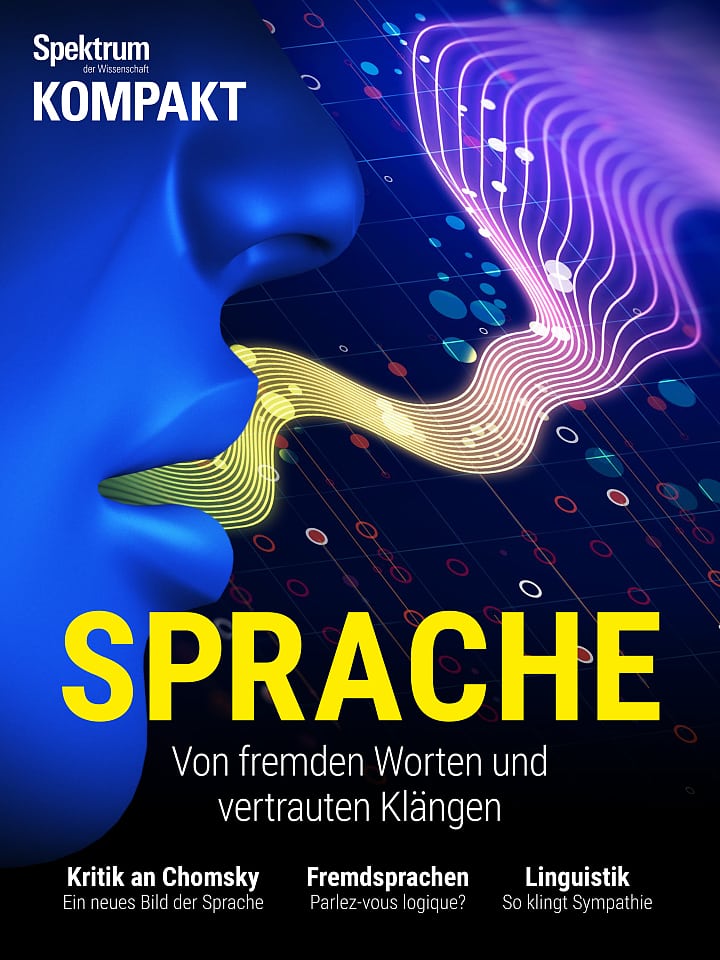 This article is contained in Spectrum Compact, Language - From Stranger Words and Familiar Sounds

The best way to reconstruct the sounds of a language is to compare its daughter languages ​​and use this to infer the most likely development. For example, we can derive the Latin sound we write with the letter "g" from the Romance languages, since they evolved from Latin. The "g" sounds of the Romance languages ​​are spoken before most consonants and before the vowels "a", "o" and "u" as a "plosive", as a plosive, for example in the French word for boy, "garçon". Before the "e" and "i", however, they form a "fricative", a fricative, as in the French "genre". But this soft "g" is pronounced differently in every Romance language.

In order to reconstruct the sounds of a language, one can use its daughter languages

From this follows: In historical Latin it was a plosive sound; The fricatives only developed later - because they can be pronounced more comfortably in front of "e" and "i": The fricative "g" is closer to the articulation of the light vowels "e" and "i", since the tongue is in these cases moves forward, while the plosive "g" requires a backward movement of the tongue. Its disappearance before "e" and "i" in the Latin daughter languages ​​is due to the fact that "ge" and "gi" are easier to pronounce as fricative.

In this way, one can trace back phonemes in historical languages ​​fairly accurately. This only applies to a certain epoch, but if you take into account the common family tree, you can deduce the pronunciation in other periods.

We can also apply this method to languages ​​for which there are no written certificates. The best example is the Indo-European original language, which according to some theories disappeared around 8000 years ago, but left a great legacy: in Latin, in Greek, in Germanic and in many other languages. Based on these successors, we can still understand the sounds of Indo-European today.