Electrical engineering is a good way to go

Are you wondering what you could study? Would you like to change your course of study and start over? When you think of “something with media” you think of communications technology and when you think of “Schaltkreis” you don't switch off? Then we may have something that could inspire you: A degree in electrical engineering.

What do you need electrical engineers for?

All economic experts agree: the future is digital. Well-trained employees are required for companies to cope with digital change. A race for the best brains has long since begun on the job market. As an engineer in electrical engineering, companies are desperately looking for you. In addition to computer scientists, IT managers, industrial engineers and mechanical engineers and many others, they are also essential for the implementation of digital solutions in the context of the fourth industrial revolution, commonly known as Industry 4.0. This is why the electrical engineering course is offered by the majority of technical colleges and universities in combination with the subjects of communications and information technology.

Accordingly, many graduates of the course work in the production facilities of medium-sized and larger companies. There they develop, design, test and integrate electrical equipment, machines and systems into the production process. In addition, as an electrical engineer you will work on everything that has to do with electrical engineering. Without them, no airplane would take off, no car would drive off and no refrigerator would cool. The engineers work on anything that needs electricity to work. This also includes communications technology, data transmission, energy management and other technologies by means of which data and information are processed and transported. For graduates of the degree program, this broad range of tasks means that they can find employment almost anywhere. In addition to the electrical industry, the engineers mainly work in the areas of plant and mechanical engineering, and the energy industry. Also in the aerospace industry, materials and materials manufacturing, telecommunications and traffic engineering.

Locations of the electrical engineering engineers

The day-to-day work and the locations of the ET engineers are sometimes very different. While some ET engineers work on solutions in the office on the PC, others in the production halls ensure that they are actually implemented and put new components and systems to the test. ET engineers are also deployed in the field - at home and occasionally abroad. Quite a few university graduates remain in the university and devote themselves to scientific research on the subject of electrical engineering. At the same time, the different locations and areas of responsibility are already reflected in the many specialization options in the electrical engineering course. It is therefore important that you think about the goals you want to achieve with your studies at an early stage and then consistently pursue them. At the latest in your master’s degree, you will specialize in one or more subject areas.

Universities, technical colleges or what?

As in most subjects, studying electrical engineering at the university is much more theory-heavy than at a technical college, while studying at a university of applied sciences is usually shorter and more practical. Especially those graduates who want to stay in research after completing their studies are better advised with the university. This is the only place where you can do your doctorate, an important prerequisite for a career in research. However, if you know early on that you want to put your knowledge to practical use later in your day-to-day work, you will usually be better off studying at a FH. In the numerous practical courses and during the compulsory internship, the knowledge acquired is specifically illustrated and applied. With a standard study time of 6 semesters, the FH bachelor's degree is also one semester shorter than its equivalent at the university. By the way: private universities also offer the electrical engineering course - whether via distance learning or part-time.

There is also a third option, a dual course of study. It is a combination of university studies and in-company training. As a rule, the employer pays the training costs, mostly with the aim of taking on the later graduates in the company. Another advantage: After completing your studies, you not only receive a bachelor's degree, but also a completed training.

If you are unsure which form of study is suitable for you, then you should definitely take advantage of the advisory services offered by the individual universities and technical colleges. The term general study advice is a range of advice aimed at all interested parties, including pupils and teachers. Schoolchildren also have the option of a trial course, i.e. attending courses that are also open to them during the lecture period.

The prerequisites for a master’s degree differ between the individual universities and technical colleges. Which is why these must also be requested individually.

During the bachelor's degree, the students receive a scientific education in the fields of electronics, information technology, measurement and control technology. The typical learning modules and content also include the basics of computer science, process automation, technical English, digital technology, machine dynamics, energy generation and management. Basics of mathematics, physics and business administration are also taught. Data compression, electronic measurement technology and sensors as well as building system technology are among the typical elective modules. In the core of the bachelor's degree you will learn how to develop, control and improve electrical systems and functional units. This is why physics, mathematics and computer science in particular take up a large part of the timetable in the first semesters.

The specialization in a certain area of ​​electrical engineering usually only takes place with the choice of the topic of the bachelor thesis and of course in the master’s course. It is customary to tailor the topics of the thesis to the desired employer.

As an engineer, you should have these skills

If you want to become an electrical engineer, you should also meet certain requirements, otherwise you will quickly lose touch in the first semesters. You should already have developed your talent in the subjects of mathematics and physics, which is essential for your studies, during your school days. Because the level of teaching at the technical college or university is significantly higher than at the Penne. So if you already have problems with these subjects at school, you will hardly be able to successfully master the course. As always: exceptions prove the rule.

You should also have an interest in computer science and technology in general, because the electrical engineer is a "basic person" who not only has to look through even the most complicated circuits and functions, but also has to be able to design them himself in case of doubt. Automation is everywhere today, even in simple house switches, and they have to be programmed - and they were conceived by none other than electrical engineers. It is clear that anyone who has already completed an apprenticeship in electrical engineering before studying will of course benefit immensely from their previous knowledge.

In addition to the technical interest, one should also have a good ability to abstract and be able to link things together well. At the same time, the joy of experimenting and the willingness to continue learning for a lifetime should be given in order to gain a foothold as an engineer in the world of electrical engineering.

In addition to the personal requirements, there are of course admission criteria that can differ from university to university. While in some places the Numerus Clausus decides on admission, in other places additional pre-study internships are required. Other teaching institutions do not raise an NC at all, but reserve their own admission criteria, which must be inquired about individually at each university.

Electrical engineers have comparatively good to very good professional future prospects. Especially those who work in the booming automation technology sector. The general digitization of the economy is also seen as a job engine in the industry, because this race for the most efficient structures also leads to a battle for highly qualified employees. The implementation of smart technologies in people's everyday lives - keyword smart home - is an area of ​​activity with good prospects for the future. After all, electrical engineers with an average starting salary of over € 48,000 per year are in the top third of engineering courses. The salaries of electrical engineers have been rising above average for years, a sign of how high the demand for this professional group is on the job market. 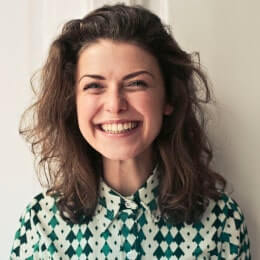 Balancing studies, job, family and other obligations is not easy, but also not impossible. We have made it our goal to support you as best we can. Be it financial tips, help with applying for BAföG, learning methods or just a strong kick in the buttocks if your self-motivation lets you down. Studying is so much more than just passing and ticking off exams. When you hold your degree in your hands, you won't be the same person who applied. You will change and grow in yourself. And we accompany you on this exciting journey.
Sharing is caring! Help your friends and share this article with them
This is what awaits you after graduation

What do you think?