Tourette syndrome may have mental tics

Not curable, but mostly self-limiting

First of all: tics are not "ticks". The spectrum disorder, which can manifest itself in involuntary, violent movements (motor tics) or in sounds (vocal tics), does not have to be "Tourette" - as worried parents often fear. Simple tics such as blinking eyes or wrinkling the nose are common in children, have no disease value and usually subside after puberty.

Eleven-year-old Finn comes to the family doctor with his parents. They report that he has been clearing his throat and sniffing his nose more and more for about half a year. At first they suspected an allergy, but all further tests were normal. The parents are now again concerned, because Finn also rolls his eyes and has developed a new "habit": When shopping, he taps certain objects until it "feels just right". While the family doctor asks the family about motor tics, he notices that Finn "plays through" the movements mentioned, but denies their occurrence. When asked, the parents report that Finn blinked his eyes and frowned more and more in kindergarten. The family history shows that Finn's father was also asked about blinking and opening his eyes when he was at primary school, but that this has "grown together" over time. Finn's mother had to be tidy during puberty. The clinical examination is normal except for the occurrence of some motor and vocal tics (increased blinking, upward rolling of the eyes, clearing of the throat and occasional squeaking). The doctor explains to the parents that the symptoms described are simple vocal and motor tics, a neurological variation in motor development. As a rule, it does not initially require any further therapy and usually subsides again as it progresses.

Tics can be classified according to their quality (motor / vocal) and complexity (simple / complex) (Table 1). They can occur individually, in series and temporarily, or they can be chronic. In terms of their sequence, they are similar to voluntary movements, but occur in the wrong context or exaggerated [1]. The tic is usually preceded by an unpleasant feeling of urgency or urge, which then temporarily subsides. Foresight may be lacking in younger children. Characteristic is the (mostly short-term) deliberate suppressibility of tics. Some have to do it according to a certain pattern until it "feels right" ("Just right Feeling") [2].
Tourette syndrome (TS) is named after Georges Albert Édouard Brutus Gilles de la Tourette [3] and is the most common cause of chronic tics in childhood. According to the DSM-V (Diagnostic and Statistical Manual of Mental Disorders), the doctor can formally make the diagnosis of TS (F95.2) if multiple motor and at least one vocal tic persist for more than a year (fluctuating) and occur before the age of 18 Start the year of life [4]. If tics exist for less than a year, a "temporary tic disorder" (F95.0) is initially present. If motor or vocal tics occur in isolation for more than a year, it is a "chronic motor or vocal tic disorder" (F95.1). Tics are predominantly genetic [5].

Simple, transient tics such as increased blinking of the eyes, wrinkling of the nose or raised eyebrows are common in child development and they usually have no disease value (see case report). A few epidemiological studies assume 6 - 20% of all children with a peak between the ages of 3 and 6 [5 - 7] (see Fig. 1). The prevalence of TS is estimated at 0.5–1% [8, 9].
Tics / TS usually occur in the first years of elementary school. The severity of symptoms often increases around the age of 10 and subsides significantly in half of the cases by the age of 18 [5, 10].
The relationship between transient simple tics and the TS is unclear. According to the current view, it is a spectrum disorder with smooth transitions. Children with multiple transient tics for less than a year and those with longer-lasting tics that then subside cannot be convincingly separated from one another (Box 1). Tics also vary again and again and are often subject to fluctuations. It can be the case, for example, that those affected unconsciously "take over" the tics from fellow patients, while others are "forgotten". Daily fluctuations in tics are also characteristic. In most patients, they increase depending on the situation with tension, stress, restlessness, boredom and focus on the tics and decrease with concentration, relaxation and shifting of attention [11].

The doctor can clarify whether an extra movement is a tic through a thorough anamnesis with third-party anamnesis and observation. If there are typical characteristics and there is no indication of other diseases - even after a neurological examination - additional examinations can usually be dispensed with. In the case of (very rare) atypical presentations or additional symptoms, the referral should be made to a special center. In terms of differential diagnosis, tics are mainly stereotypes that are not preceded by a premonition and that occur repeatedly in succession. They can often be stopped by giving attention or distraction and are context-bound.

It doesn't always have to be Tourette ...
The spectrum of tic diseases is broad in terms of severity, duration and complexity. The assessment of transient tics as "always harmless and benign" and that of Tourette's syndrome (TS) as "severe and serious" is therefore unjustified. This is particularly important in practice, because many families are greatly unsettled about the diagnosis "Tourette" because of the sometimes spectacular media reports on severely affected TS patients. Clarification of the nature of the spectrum disorder with its variable and often benign course is of great importance here.

Comorbidities occur in specialized consultation hours in almost 90% of tic / TS patients [12]. Attention Deficit Hyperactivity Disorder (ADHD) occurs in 50-60% of children with TS and precedes it by two to three years [13-15]. Accompanying obsessive thoughts and actions are found in up to 70% of patients [16]. In children with TS they usually show up one to two years later than tics [17], but thus much earlier than in patients with compulsions without tics.

Compulsions relate less often to cleanliness and cleanliness (e.g. compulsory washing), but to content with dangers (e.g. thoughts of accidents, injuries or death of relatives), to symmetry and order [18, 19] or to a " Just right "feeling [20]. Patients often have to perform or repeat everyday activities specifically, arrange things or touch themselves and others until it "feels good" [2]. Compulsive self-harm tendencies (nail biting, scratching, pulling on the skin) also occur. The suppression of compulsive actions often leads to a strong inner "sensory tinged" feeling of tension, which is sometimes difficult to distinguish from the anticipation of tics [21]. Some patients react with inadequate social or sexual behavior, social adjustment disorders, oppositional behavior, impulse control disorders, outbursts of anger, and more often with moodiness, anxiety and depression. If these disorders, ADHD or an accompanying obsessive-compulsive disorder are suspected, the evaluation should be carried out by a child / adolescent psychologist or psychiatrist.

Tics cannot be treated or cured causally. It is important to clarify and label tics as excessive movement and not as a "disorder". The developing brain produces "excess" at least temporarily. Responsible for this are the basal ganglia, which in a context of many possible actions reinforce the most sensible actions and filter out the "disturbing" ones. In TS, this balance is disturbed, so that actions as tics can "spill over". This declaration often removes the concern of serious illnesses from families. Acceptance and failure to focus on tics have a positive effect on the course. Here one should definitely involve the family and social / school environment and not admonish patients to "pull themselves together better", as one draws more attention to the tics. Symptomatic treatment should be given in the event of significant somatic or psychosocial impairments.

Here - after the contraindications have been ruled out - starting with neuroleptics in low doses, which should be increased slowly to the subjective effectiveness optimum. The dosage in children is basically no different from that in adults. The dose calculation based on age, weight and height does not usually have to be. Rather, if necessary, the dose should be increased if it is well tolerated. In the event of unacceptable side effects (tiredness, weight gain), the therapy should be discontinued even at a low dose. Some children tolerate even high doses very well, some adults develop severe side effects even with low doses. The tolerance of neuroleptics (see Table 2) is primarily genetic. To date, no therapy has influenced the cause or course of the tics. The effectiveness of a treatment can only be assessed against the background of the spontaneous fluctuations in the tics. Before making a therapy decision, it can be helpful to see a specialist outpatient clinic. 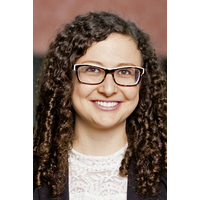 Institute for Neurogenetics
Center for Brain Behavior and Metabolism