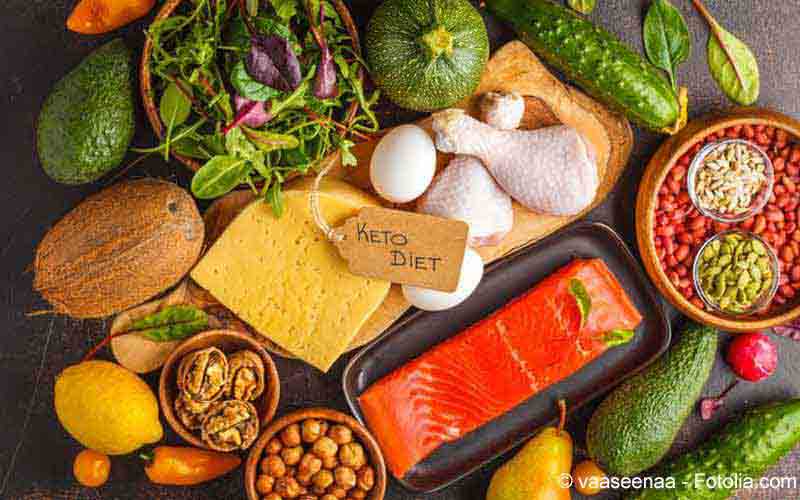 A drug interaction means that a substance affects the activity of a drug, either increasing or decreasing the effects. Diet and lifestyle can have a significant impact on the effects of drugs. Clinically significant drug interactions, potentially harmful to the patient, may result from changes in pharmaceutical, pharmacokinetic, or pharmacodynamic properties.

Some interactions can also be used for the benefit of patients, but drug interactions are more likely to lead to adverse drug events.

The most important interactions are those that are at high risk of treatment failure due to significantly reduced bioavailability. Such interactions are often caused by chelation with ingredients in food. In addition, physiological responses to food intake, such as gastric acid secretion, can decrease or increase the bioavailability of certain drugs.

Interaction information with food is often not available

Concomitant use of drugs with grapefruit juice is the best known example of drug interactions between foods and drugs. But the bitter orange (Seville orange), grapefruit and star fruit also contain ingredients that inhibit cytochrome P450 3A4 (CYP3A4). Drug interactions with grapefruit via the inhibition of CYP3A enzymes have been documented in numerous reports. Those contained in the grapefruit Furanocoumarins inhibit intestinal CYP3A4 and have been shown to increase the oral bioavailability of drugs that are CYP3A4 substrates such as felodipine, midazolam, ciclosporine, and even increase their concentrations to toxic levels.

The Furanocoumarins and active bioflavonoids of grapefruit also inhibit OATP (Organic Anion Transporting Polypeptides) and can reduce the oral bioavailability of an OATP substrate when taken at the same time, such as with fexofenadine. Overall, a number of grapefruit flavonoids have also been identified as esterase inhibitors, of which kaempferol and naringenin have been shown to cause the pharmacokinetic interaction with most calcium channel antagonists and statins.

Not all statins affected

When large amounts of grapefruit juice are consumed in combination with the affected statins, patients are at increased risk of statin-related side effects, particularly muscle toxicity, which can manifest itself in the form of myalgia, myopathy, or rhabdomyolysis.

All dihydropyridine calcium channel blockers such as amlodipine, nifedipine and nicardipine as well as the non-dihydropyridine active ingredient verapamil interact with the ingredients of grapefruit. Concomitant use may increase the risk of side effects such as orthostatic hypotension. Felodipine is most affected by the interaction and has an increase in AUC of up to 200% when administered concomitantly. Although diltiazem is a substrate of the CYP3A4 metabolism, simultaneous consumption of grapefruit juice does not lead to a significant increase in serum concentrations.

Even with the phosphodiesterase inhibitors sildenafil, vardenafil and tadalafil, which are used for erectile dysfunction, the blood levels of the drugs can be increased if grapefruit juice is used at the same time. While the clinical effects of the interaction are less pronounced than for other drug classes, patients may be at slightly higher risk of side effects such as priapism, hypotension and visual disturbances.

Estrogen-containing contraceptives are also affected by interaction with grapefruit juice. When used at the same time, their serum level increases slightly and increased side effects of the sex steroids are possible.

Tricyclic antidepressants are substrates of CYP3A4. Clomipramine is considered to be the best-documented drug of this class when it comes to interacting with grapefruit juice.

Diazepam, temazepam and midazolam show increased concentrations when grapefruit juice is consumed at the same time and there is an increased central depressant effect. Other benzodiazepines (such as lorazepam, oxazepam) do not seem to be affected.

Grapefruit juice doubles the oral systemic effects of budesonide and thus also increases the risk of glucocorticoid-related side effects.

The buspirone and carbamazepine levels are increased when grapefruit juice is given at the same time.

Summary of the interaction with grapefruit juice

Weakened effect for OATP substrates such as:

Caffeine is mainly found in coffee, tea and various soft drinks. Many common drugs disrupt the metabolism of caffeine and lead to an increase in caffeine blood levels. Consuming beverages containing caffeine in combination with the affected drugs can lead to sleepless nights. In addition, the diuretic effect of caffeine can be increased.

Cimetidine increases the caffeine level, which is why another H2 antagonist (e.g. ranitidine, famotidine) should be administered to caffeine users.

Caffeine inhibits the metabolism of theophylline and can therefore increase the serum concentrations of theophylline, which must be taken into account due to theophylline's narrow therapeutic range. Drinks containing caffeine can increase the risk of undesirable theophylline-related effects such as nervousness, insomnia and cardiac arrhythmias.

Calcium belongs to the polyvalent cations and, like magnesium, iron, aluminum and zinc, is able to chelate medicinal substances and thus reduce their absorption. It is a pharmacokinetic interaction that may make the drug in question less effective. Calcium is not only found in quark, yogurt and milk. More and more foods are being fortified with calcium. Orange juice, mineral water and bread can therefore produce the same interactions. An interval of two to four hours between taking calcium and other drugs is advisable.

Fluoroquinolones (e.g. ciprofloxacin, levofloxacin) can lose their full effect if calcium is consumed at the same time. Most manufacturers therefore recommend at least one fluoroquinolone two hours before or six hours after taking an oral calcium supplement or a calcium-rich food.

Tetracyclines such as minocycline and doxycycline also interact with calcium and / or calcium-rich products that are administered at the same time.

Bisphosphonates such as alendronic acid, risedronic acid and ibandronic acid have a low bioavailability (between 0.6 and 6 percent) and their absorption is low. By taking it with a meal or by interacting with polyvalent cations, the already very low absorption from the gastrointestinal tract is further reduced.

Cefuroxime levels are decreased when taking dairy products. Other cephalosporins do not appear to be affected.

Methotrexate levels are lowered by consuming foods rich in milk.

Protein-rich foods can impair or potentiate the absorption of various drugs. For example, a high-protein meal can increase the bioavailability of concomitantly administered propranolol. When propanolol was given with protein-rich foods, a mean increase in bioavailability of 53% was observed.This can cause adverse events such as bradycardia, hypotension and bronchoconstriction.

Furthermore, high-protein diets can reduce the concentration and effectiveness of carbidopa / levodopa and theophylline, which can lead to sub-therapeutic conditions and a worsening of the symptoms of the disease.

In the case of many drugs, the pharmacokinetics are changed by fatty foods and the maximum concentration can be reduced, while the total absorption mostly remains the same. Overall, however, a high-fat meal with simultaneous medication can have a wide variety of effects. A notable example is griseofulvin, which has a significantly increased absorption when taken with food, especially with a high-fat meal. Some griseofulvin preparations should therefore be taken with a fatty meal in order to benefit from this interaction.

Like calcium, dietary fiber binds some drugs and thus reduces their concentration. For example, metformin blood levels drop if large amounts of fiber are taken at the same time.
Other examples with this interaction include:

The absorption of drugs containing amphetamines is altered when taken with acidic foods, juices or vitamin C. The maximum absorption of amphetamines occurs in the alkaline intestinal environment. Sour fruits or juices taken at the same time as these drugs can impair gastrointestinal absorption. Foods that acidify the urine can thus increase the renal clearance of amphetamines, leading to lower plasma levels.
It also lowers fexofenadine levels when taken with fruit juices. Other second generation antihistamines such as cetirizine and loratadine may also be affected, but not to the same extent.

Like histamine and serotonin, tyramine is one of the biogenic amines and is produced by bacterial enzymatic degradation of the amino acid L-tyrosine. Tyramine is found in foods and beverages such as cheese and red wine. The body protects itself against increased tyramine levels through its breakdown by monoamine oxidase (MAO) in the intestinal mucosa. Tyramine can therefore lead to a significant interaction with irreversible dual MAO inhibitors (e.g. tranylcypromine). In the case of selective MAO inhibitors (e.g. moclobemide), the interaction is not quite as problematic as the MAO-B is still available for the breakdown of tyramine from the food.
to lead. Linezolid, a newer oxazolidinone antibiotic, as well as the tuberculostatics isoniazid and the alkylane procarbazine can also inhibit monoamine oxidase and are therefore affected by this interaction. Since linezolid inhibits MAO in two ways, but reversibly, no dietary restrictions are usually necessary. In contrast, when treating with procarbazine, it is recommended to avoid tyramine-rich foods as completely as possible.

Green plants have a high vitamin K content. An increase in vitamin K intake leads to more clotting factors and thereby reduces the effectiveness of warfarin. However, patients do not have to do without their salad if the therapy has been adapted to this situation. However, when patients become vegetarian or completely avoid these foods after regular consumption, adverse events or changes in the INR (International Normalized Ratio) will occur. Soy milk, grilled char, and seaweed sushi can also reduce the effects of warfarin. Cranberry juice, on the other hand, can significantly increase the INR and increase the anticoagulant effects of warfarin.

There is a long list of drugs that, in combination with alcohol, increase the sedative properties. Some examples are benzodiazepines, antidepressants, barbiturates, antihistamines, opiates, muscle relaxants, antipsychotics, and anticonvulsants. When these drugs are taken at the same time as alcohol, there is an increased risk of ataxia, drowsiness, respiratory depression, and motor impairment, which can lead to falls, accidents, and injuries. Excessive use of paracetamol increases the risk of hepatotoxicity with regular consumption of alcohol. A disulfiram reaction (flushing of the face, vomiting, tachycardia) can occur when alcohol is taken with the drugs metronidazole, sulfonylureas or isoniazid.

Licorice can lead to a change in mineral metabolism with an accumulation of sodium and a loss of potassium. Patients with hypertension or other cardiovascular diseases, diabetics and pregnant women should therefore be cautious about consuming licorice.

Mineral water can be fortified with calcium and iron, which is why the interactions described in the above section (dairy products / calcium) can occur if taken at the same time.

The absorption of vitamin B12 (cobalamin) is reduced by the drugs colchicine and metformin.

Phenobarbital and corticosteroids decrease calcium absorption. As a result, patients on long-term treatment with corticosteroids should take calcium supplements and a bisphosphonate to prevent osteoporosis.

Coenzyme Q-10 is a popular ingredient in dietary supplements and is widely consumed. Coenzyme Q-10, however, disrupts the intestinal efflux transporter P-glycoprotein (P-gp) and can thus lead to drug interactions.